One of the ingredients of Curamin is curcumin, which comes from the popular Indian spice called turmeric.

A natural anti-inflammatory herb that doubles as a pain reliever has caught the imagination of those wanting a more natural and herbal-based solution to chronic health pain. Those seeking a respite not only from pain, but also dependence on prescription drugs are slowly turning to curamin for the answer to long term relief and freedom from drug dependence. The problem with conventional prescription medicine is certain liver and kidney damage. As an alternative cure, curamin delivers more than a holistic treatment, which does not interfere with the body’s own pain management mechanism, thus making it the most suitable for long term treatment. Let’s take a closer look at curamin’s effects on pain and inflammation and judge its effectiveness fairly. 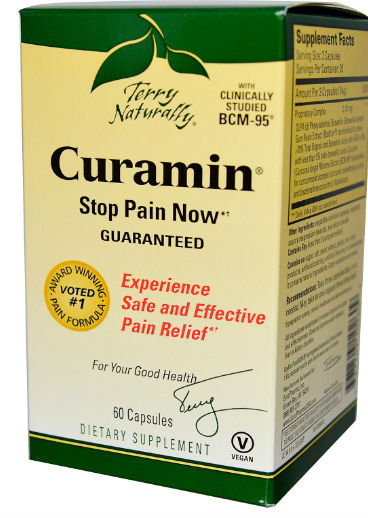 Such is the combination of nature and science in curamin that it works through natural pathways to the root and works its way to the nerve ends. Curamin is not known to have any side effects as it has been based on natural sources altogether. It has been put through clinical trials and testing that has made it safe and effective. From nattokinase that is derived from a friendly bacteria to curcumin – a product from turmeric known in Eastern societies for its tremendous healing potential.

By far, these properties make curamin the safest alternative compared to prescription drugs such as Ibuprofen or aspirin or other analgesics. A boon for those suffering from arthritis or surgery induced inflammation, curamin offers to sustain the body’s own natural means to fight pain without making one drug dependent.

Rather than depend on pain numbing formulas, like codeine and Vicodin, with known side effects, curamin offers far more relief not only from the pain, but also from the fear of side effects.