Home » Features » Essential Fatty Acids » Did You Know that Resveratrol is a Powerful Antioxidant and more?

Resveratrol is one of the most commonly known antioxidant chemicals largely owing to its well-known role in the French Paradox popularized in the 1990’s. The myriad citations that point to its implication in reducing free radicals, thus touted for its anti-aging effects, have been seized upon by the mainstream press, spurring an ever growing number of

studies centered on its properties and possible uses. It is now a prevalent practice in the health food sector to include resveratrol in dietary supplements.

Resveratrol As an Antioxidant against Free Radicals

There are important processes for life called oxidation-reduction reactions that change the oxidation number in chemical compounds demonstrated by the turning of iron into rust or sugar into organic compounds needed by the body. These processes produce the reactive oxygen species called free radicals like superoxide, which is employed by the body in killing mechanisms against invading pathogenic microbes. However, the same free radicals create a chain of unwanted chemical reactions called oxidative stress that result in the continued damage of cells, consequently leading to the developments of certain diseases such as cancer, stroke, and diabetes in addition to the all too well known free radical syndrome hemochromatosis.

Having too many free radicals render the body susceptible to harmful aging-related processes. It is for this reason that free radicals are often equated with 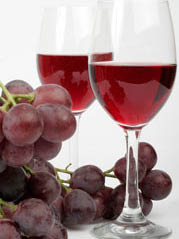 aging. Antioxidants come to the rescue and counter free radicals in the latter’s role in wreaking havoc in the body. Hence, antioxidants are dubbed anti-aging agents. The body produces natural antioxidants, but low levels of antioxidants cause oxidative stress. Vitamin C, for example, contributes to achieving high ascorbate blood levels proven to be effective in preventing oxidative stress-related illnesses. Resveratrol in supplements is ought to cut the chain reaction of oxidative stress and repair damages to proteins, lipids, and even DNA.

On the Road to a Cancer Cure

While there are no clinical trials that determine its purported health benefits for humans, resveratrol has shown significant results in the reduction of cancerous cells among animal models. So what is the hype all about? There is strong evidence that it does facilitate anti-cancer actions especially when it is in direct contact with cancer cells. Resveratrol applied to body surfaces with cancer slows the growth of cancerous cells whereas oral administrations showed no desirable outcomes. This is true for mice inoculated with melanoma cells and lung carcinoma.

The premise is that resveratrol programs the death of cancerous cells. How is it possible? It inhibits all three processes involved in the creation of cancer: the birth of the first cancer cells, their continued production, and their unmitigated progression. In vitro, this is true. The challenge now lies in ensuring that the right concentrations of resveratrol survive the metabolic processes in the intestines and the liver and get absorbed by the blood to facilitate systematic cancer prevention in human beings.

Have you had your resveratrol supplement today?