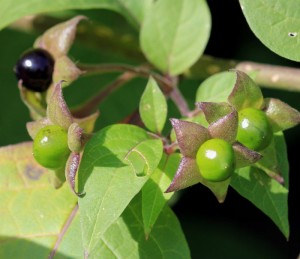 What is a belladonna?

Belladonna also referred to as the deadly nightshade is a very poisonous plant species distributed throughout West Asia, Europe and the North America. It is a perennial plant with a stem growing to an approximate height of 2 meters. It is on the top of a branch with the rootstock containing several juicy roots. It also has a purple or brownish violet corolla shaped like a bell. The belladonna plant majorly blooms beginning of the month of June to September. It produces violet, black fruits that are juicy and shiny with a host of seeds. The berries of this plant are the ones, which are considered most poisonous.

The berries are attractive and are a threat to children who may try to feed on them. It is a fact that a child might die if he or she consumes 5 Belladonna berries, while an adult might die if he or she takes about 10 to 20 berries. The belladonna is considered a weed species and can grow in any wooden area without any difficulty. This plant species is also toxic to give domestic animals like goats, while some like rabbits and cattle feed on it without any issue.

Allopathic uses of the belladonna plant

It is administered over the counter in small quantities to treat flu and cough. Eye experts also use this Belladonna drug in minimal amounts to dilate pupils.

Belladonna is usually mixed with other drugs to cure patients. For instance, it is often mixed with Donnatal, which is a prescription drug that gives peripheral anticholinergic action and a mild sedation. It has natural belladonna alkaloids mixed with phenobarbital.

Homeopathic applications of the Belladonna drug

Belladonna drug can be used to treat scarlet fever. It also cures a condition with an immediate onset. The kind of conditions treated by belladonna is same to those caused by the belladonna poison. For instance the poison results in fever, nausea, flushed skin, dilated pupils, delirium, muscle spasms and even sore throat. Hence, belladonna is used to treat such conditions.