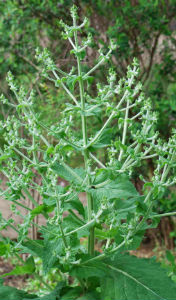 If you are interested in becoming healthier, one of the things you should consider is using omega 3 oil as part of your diet. This is something that is likely to work well, since this type of oil has been proven to be very healthy especially for the cardiovascular system.

There are three types of omega 3 oil:

ALA commonly found in plant sources such as chia seed, and EPA and DHA which are found in marine sources such as fish rich in oil. When you are thinking of taking advantage of this kind of oil, you are more likely to benefit if you opted for the type that you get from plants, rather than the one you get from fish.

Reasons of Getting Oil from Plant

One of the major reasons for this is that oil from plants such as chia seeds are likely to be less toxic. These days, issues such as environmental pollution have resulted in waters that are more toxic than they were in the past. This in turn means that the chances of fish containing many toxins are very high. If you end up consuming the fish in large numbers, you may end up having to suffer from the risks of this kind of contamination, which might negate the positive benefits of the oil. This is a problem that you are not likely to deal with if you get the oil from sources such as chia seeds.

Omega 3 is an oil that you should always try to take advantage of especially if you want to have better overall health now and in the future. However, it’s important that you choose to get it from a source you can trust will be healthy, and which will be free of any toxins. Chia seeds are one of the best options you could go for in this regard.