A survey conducted by the National Health and Nutrition Examination found that more than 1 in 3 adults today is overweight. Because of an infused culture of slackness and bad nutrition, millions of people are at risk of acquiring serious medical conditions including diabetes and heart disease. The mental and physical challenges presented by obesity can have a traumatic effect on a person when prolonged, and that’s why health practitioners recommend adopting healthier eating habits earlier on.

Metabolism and food regulation are both highly complex biological processes. Metabolic syndrome, a condition that affects over 30% of Americans involve a cluster of symptoms that increase a person’s chances of acquiring life-threatening diseases such as heart disease and stroke.

High blood sugar, hypertension, and a large waistline are the symptoms. Several other symptoms can occur but they all appear to have the same underlying thread, in a word – inflammation’. The common cause of chronic inflammation is metabolic syndrome.

How Curcumin Affects Your Health

A recent medical journal observed that the actual inflammation associated with obesity is closely connected to the etiology of metabolic syndrome. Curcumin (a naturally-occurring anti-inflammatory solution) can help reduce the rate of inflammation among people affected. 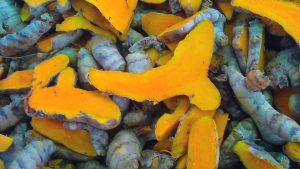 The Test of Curcumin’s Effectiveness

117 people affected with metabolic syndrome were enrolled in a study to establish the effects of curcumin. Participants were divided into two groups. One group was given one gram of curcumin powder everyday for two months. The other group received a placebo pill.

The group who took curcumin showed reduced amounts of three blood markers connected with inflammation including hemoglobin, sugar, and C-reactive protein or CRP. On the other hand, the placebo group showed increased inflammation and blood sugar levels. When researchers compared the results with a half dozen previous studies, it was agreed that curcumin supplementation minimizes levels of CRP.

Curcumin has previously been studied to determine its potential in reducing the effects of Alzheimer’s, Parkinson’s, and stroke. It can stall the inflammation and allow you to shed a good amount of pound over a relatively short period of time. Powerful antioxidants and anti-inflammatory properties found in curcumin show reduced symptoms of metabolic syndrome.

Aside from minimizing inflammation, curcumin also exhibits over 100 therapeutic properties, some of which help prevent growth of cancer cells. These healthy properties can work by inserting themselves into the cell membrane or by modulating your genes. When it penetrates the cell, it gradually adjusts the cell membrane in order to make it more aligned. Supplementing with curcumin relieves pain and also enhances mobility in patients who suffer from osteoarthritis, and we have ancient Indian and Chinese medicine systems to support its use.