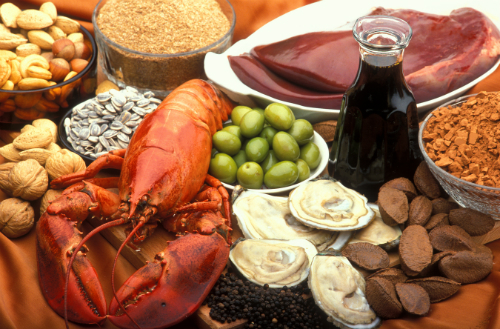 The human body is a complex machine that requires almost two-thirds of all the elements known to man in order to run efficiently. Trace elements are essential nutrients that the body requires for growth, repair and maintenance but cannot make on its own and therefore must be acquired from foods. The body requires a small amount of trace minerals but it needs them all the same. These nutrients must be obtained in the correct ratios as too much of one in relation to a deficiency of the other can result in health problems. Trace minerals are required in doses ranging up to 100mg per day and account for .01 per cent a healthy adult’s total body weight. The trace elements required by the human body are copper, fluoride, iodine, manganese, zinc and molybdenum among others. They exist in our bodies primarily in our fluids as ionic particles.

Ionic minerals are primarily used to transmit billions of electric impulses. Most regulate muscle movements while others aid our cells in taking nutrients through osmosis. Copper makes up a part of many of these enzymes that aid osmosis. Deficiencies of copper prevent the body from digesting food properly therefore people with deficiencies of copper resemble diabetes. Fluoride is a major part of tooth enamel and diet with sufficient amounts protects teeth from decay. Iodine is gained from salt and deficiencies lead to fatigue and anemia. Manganese is used for bone formation while selenium acts as an antioxidant in combination with vitamin A. 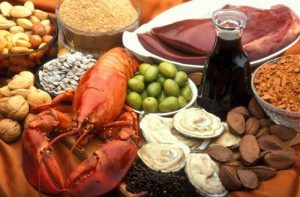 Western diets tend to be high in calories but low in mineral intake. Studies have shown that close to 90% of Americans suffer from mineral imbalance and deficiency. Researchers believe that insufficient intake of minerals may account for up to 22% of ischemic heart disease cases in America. This is because American consume a high quantity of processed foods and food processing such as milling commonly strips foods of their trace minerals. Some foods are fortified to return their lost trace minerals however the human body does not digest fortified trace elements quite as well as it would if they were obtained from naturally occurring sources. Staples of the Western diet such as sugar, alcohol and caffeine require high amounts of trace elements to digest therefore they strip the body of what little trace elements they already have.

To get enough minerals in your diet you are advised to eat organically grown fruits and vegetables along with wholegrain cereals however even these are showing a decline in their trace mineral content.

Land-intensive farming techniques have reduced the trace mineral content in the ground without giving the soil time to recover before the next planting season while fertilizers and pesticides have made it harder for fruits and vegetables to take up these essential trace minerals by binding them to the soil. An apple grown in 1914 and consumed with its skin may have provided a person with 28.9mg of magnesium however apples grown and eaten today will only provide a person with 5mg of magnesium. That is an 80% decline in less than a century.
Health-conscious individuals can still ensure that they get all of the minerals that they need by adding supplement pills to their diets while some people sprinkle their fruit salads with Vitamin C or add low-iodine table salt to their dishes while cooking.

Taking the time to make conscious decisions regarding what foods you give your body will ensure that you have get your recommended daily allowance of trace minerals as well as other essential nutrients and your body will be running at optimal efficiency, free of deficiency disorders that have negative effects on your mood and well-being.
Stay healthy to stay happy.