Inflammation on its own is not an abnormal medical condition. It is the body’s protective response to an infection, injury or other such happenings. On the other hand, there could be many autoimmune disorders which could cause inflammation. In the latter case it is not a normal condition but a symptom associated with an abnormal body condition. Hence, identify the right conditions is important so that necessary treatment could be given. Many patients also suffer from bipolar disorders and other such mental health challenges if the symptoms and pain associated with inflammation crosses the threshold limit.

The Amazing Properties of Curcumin

Curcumin is a natural substance found in turmeric. It is a known fact that turmeric has many properties and curcumin in particular is known to possess some amazing anti-inflammatory properties. So, according to many researchers, curcumin could be the answer for those patients who suffer from chronic pain and inflammation caused by autoimmune problems and also because of injuries and other medical conditions. It has superb anti-inflammatory properties and therefore research is going on for using curcumin extracts from turmeric. This is because the amount of curcumin available in turmeric is small and therefore it has to be extracted and converted into a tablet or drug form so that it is able to offer the best results. There are studies which show that curcumin should be taken together with black pepper to increase the absorption rates quite significantly. 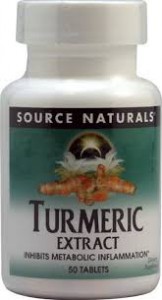