Alzheimer’s is a terrifying disease, that affects over 5 million Americans, perhaps somebody in your own family or a friend has it.  Once diagnosed, decline feels inevitable.  Prescription drugs have limited effect and come with many side effects, so finding a way of stopping its progression can seem insurmountable.  As of yet, there is no cure.  However, research is finding that natural ingredients can help slow the progression and possibly reverse the disease.

Together, these ingredients can:

Curcumin, the compound from turmeric (Curcuma longa,) has been the subject of numerous studies exploring how it can slow and possibly reverse the progression of Alzheimer’s Disease (AD.)

Curcumin protects brain cells from damaging inflammation.  It has been shown to reduce the beta almyloid levels and shrink the size of accumulated plaques that interfere with brain cell signals by over 30% in experimental models of AD.  Other studies have shown that curcumin plays a role in regenerating neurons, creating new brain cells and refreshing cells that may have once been considered irretrievable.

A clinical trial at the McCusker Alzheimer’s Researh Foundation (supporting research at Edith Cowan University, Perth, Australia) is focused on learning more about the benefits of curcumin for treating AD.  In this ground breaking study, a specialized, highly absorbable form of curcumin is being administered to patients with mold in moderate dementia in order to learn more about how curcumin can be used as an effective treatment of AD.   The curcumin they are using is the one recommended in this article.  It is blended with turmeric oil to naturally boost absorption.  It also remains longer in the bloodstream at significant levels.  Prepared in this manner, curcumin has been shown to cross the blood/brain barrier, meaning it can reach brain cells, something not every substance can do.  Standard curcumin extracts are not well absorbed, so the type you use can make a significant difference.

Vitamin D is synthesized by our bodies when our skin is exposed to and absorbs sunlight.  By ate 65, changes to our skin, regardless of color, reduce our ability to produce vitamin D up to 60%.

Low levels of vitamin D at age 65 mean you are twice as likely to expereince mental decline.  A clinical study published in the journal “Neurology” showed frightening numbers:

Concentrated plant oils are powerful medicine.  Oils from rosemary (Rosmarinus officinalis) and Spanish sage (Salvia lavendulifolia) plants have a long history of use as aids to enhancing memory and learning.  Both rosemary and Spanish sage are important botanicals that preserve acetylcholine, a messenger in the brain that supports memory and learning.  Low levels of acetylcholine are associated with Alzheimer’s disease.

Glutathione, the body’s “master antioxidant,” is synthesized from glycine, cysteine, and glutamic acid.  But glutathione levels drop off with age, sometimes dramatically, and that’s when we need them the most.  By age 40, we are making 30 percent less, and by 65, as much as 50 percent less, and that is in healthy individuals.  Glutathione protects brain cells.  Alzheimer’s disease research and studies of mild cognitive impairment have focused on its potential to inhibit these conditions.  In fact, a recent study entitled “Elevation of glutathione as a therapeutic strategy in Alzheimer’s disease” concludes: “Increasing glutathione remains a promising therapeutic strategy to slow or prevent MCI and Alzheimer’s disease.”  Supplementation with effective glutathione can play an important role in prevention, or slowing progression of this disease.

But getting the right form of glutatione is crucial.  Intravenous (IV) glutathione, while effective, costs thousands of dollars.  Many oral supplemental forms of glutathione become oxidized in the body by the digestive process.  And oxidized glutathione not only becomes useless to fighting disease, but can actually create free-radical damage.  Rather than oxidized glutathione, what you really want is active glutathione, otherwise known as “reduced” glutathione.  A new form that is recommended combines glutathione with protective antioxidants to preserve it from oxidation.

Hope for the Future:

The more we learn about this devastating disease, the better we will be able to discover the links between diet, exercise, and natural medicines that can make a tremendous impact.  My hope is that in the very near future, we will continue to learn how high absorption curcumin, vitamin D, rosemary, Spanish sage, and glutathione can help slow, and even reverse, the damage caused by this illness. 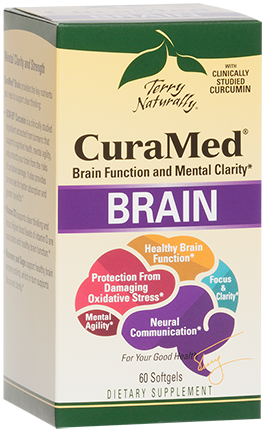 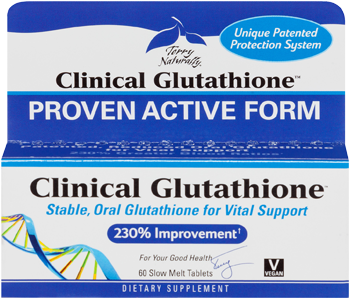