What is bran oil 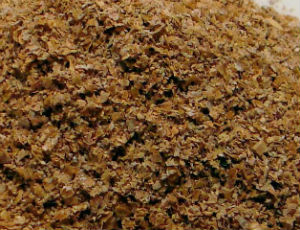 In today’s world of fitness freaks, even the most laid back people are keen to modify their lifestyle habits to become fitter by the day. This involves not just becoming more physically active, but also bringing about a change in the fooding habits. One such change is the use of a different cooking oil, the most popular being the Rice Bran Oil.Firstly, it is important to know what exactly is Rice Bran Oil .

A layman’s explanation for Rice Bran oil would be that it is extracted from rice’s inner husk. It has a high smoking point and a mild, pleasant flavour, which make it widely popular for various cooking methods specially frying and stir frying.

1. It contains an ingredient called y-oryzanol which is an antioxidant.

3. It also helps improve menopausal flashes in women when taken as a purified supplement

Rice bran oil can be used in different forms to prepare food :

2. Stir frying: It is naturally resistant to smoke and adds just the right flavour.

4. Baking: Mainly due to the light flavour,it’s become widely popular for baking.

Apart from cooking, also becoming a great ingredient for soaps and body washes since it slows down aging of the skin.People also consider it as a supplement for their pets, especially for big furry animals at the zoos.

So while you can still eat all your fried and baked food, you are just being careful enough to improve your blood cholestrol and staying away from quick hydrogenation of the food. The world is moving towards a change – the Rice Bran oil, come, be a part of it .