Home » Features » Inflammation » What Are The Health Benefits Of Curamin by EuroPharma USA? 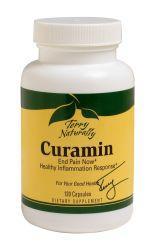 Pain isn’t a disease; rather it can be categorized as a symptom according to medical science. If you are suffering from any sort of pain, then there must be something wrong with that certain part of your body. A pain reliever blocks the pain by temporarily deactivating the concerned nerve cells of the affected area, but it isn’t a solution to the source of the problem causing it. So a pain reliever must be fast, natural and safe to use.

Curamin from EuroPharma USA meets all these parameters and it really works. It’s the best remedy for an occasional pain.

Who can have the best of Curamin?

EuroPharma is famous for its medical products with unique formulae. Curamin enhances your body’s defense mechanism against inflammation.
The composition has no known side effects yet.

The main constituent of Curamin, Curcumin boosts body’s anti-inflammatory components
Works as a modulator for the immune system. This means that once consumed, it has long term effects upon the body dealing with oxidative stress.
It has an enzyme, known as Nattokinase. This enzyme aids to the circulation system and hence nutrients reach to every corner of the body. In the same way, waste products also get removed from the body through excretory system more efficiently. Nattokinase is believed to balance the fibrinogen level, which means the muscles get repaired faster if they are harmed due to heavy muscular strain.

EuroPharma has figured out the perfect combination of the amounts of these four ingredients to bring out a synergistic blend that works best within the human body without hampering any other biological processes. This makes Curamin 20 times more efficient than the medicines having Curcumin (turmeric) alone.
It has an amino acid named as DLPA, which restricts enkephalins breakdown. Enkephalins are mostly associated with moods. So, you never get a irritating feeling while under pain and stress anymore. You may work or spend happy moments with family during the inflammation.

Most of the inflammations are caused due to uncontrolled activity of an inflammatory enzyme, 5-LOX. Curamin has a Boswellia serreta extract, an acid known as beta-boswellic acid, which inhibits this enzyme’s activity. EuroPharma has taken care to extract only the necessary compounds skipping undesirable ones.
Inflammation can be caused by many pathways. To deal with all these ways, Curcumin longa has been added to Curamin. It is extracted from turmeric and is a potential antioxidant.

It also has Nattokinase, as already mentioned earlier. It has great effects on cardio-vascular operations and hence, all the components of Curamin reach every corner of human body. So, whichever part of the entire body may be affected, can witness relieve within minutes of consumption.

Pain and inflammation are parts of life, but they need to be a usual part, drawing you back from your enthusiasm. Curamin is worth of a trial to eliminate pain from the equation of life.