Why is Flax Seed Oil So Good for You?

Flax seed oil may well be the healthiest of all plant-based oils as it is composed of up to 88 per cent unsaturated fatty acids. Also known as linseed oil, it contains the highest concentrations of omega-3 fatty acids among all vegetable oils, and thus known to produce health benefits similar to those of the Mediterranean diet. In addition to its positive effects on preexisting cardiovascular diseases, flax seed oil has been noted to allay vasomotor symptoms tied to menopause and lower cholesterol levels. 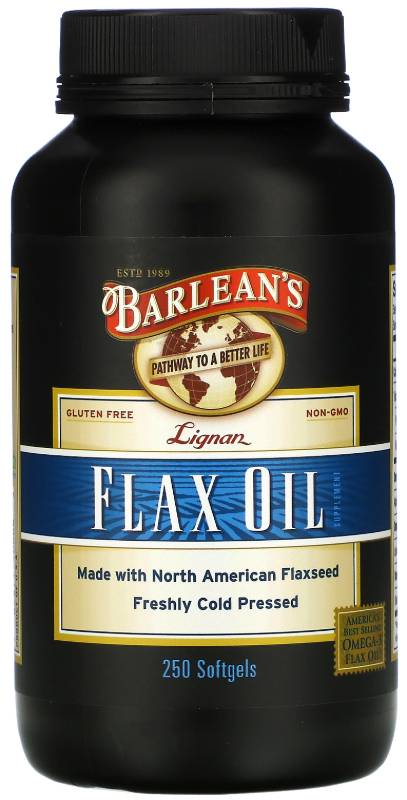 Flax seed oil is especially good for women, inasmuch as the organic compounds naturally occurring in flax seed and added to flax seed oil are phytoestrogenic in nature. Flax seed is rich in lignans, the reason it has been in use for hot flashes, palpitations, and other vasomotor symptoms associated with menopause. Fluctuating hormonal levels have been postulated to significantly contribute to the activities of the hypothalamus, the body’s thermostat. The same reason influences the regularity and irregularity of menstrual cycle. Lignans in flax seed have been identified as excellent phytochemicals that mimic the activities of endogenous female sex hormones and create a homeostatic effect inside the body.

Omega-3 fatty acids have long been linked to cardiovascular health. Flax seed oil contains the essential fatty acid alpha linolenic acid, or ALA, which is converted into eicosapentaenoic acid, or EPA, and docosahexaenoic acid, or DHA, when ingested. EPA and DHA affect the cardiovascular system in many different chemical reactions. These two fatty acids are biological precursors of inflammatory intermediaries and produce a regulating effect on the latter. Moreover, there are studies that point to their activities that curb homocysteine levels in the blood, which reduces an individual’s risk of cardiovascular diseases.

Flax seeds being high in polyphenolic phytochemicals known as lignans have been noted to show very strong antioxidant properties. These lignans usually disappear during extraction of oil from flax seed, but are added back to the oil at the end of the production process. It is widely accepted that the presence of antioxidants in flax seed oil greatly helps against the activities of omega-3 fatty acids in maintaining cardiovascular health. Lignans in flax seed oil are proven scavengers of free radicals and other reactive oxygen species that are known to bring on oxidative stress and cellular damage.

If you do not get Essential Fatty Acids daily then you need Flax Seed Oil Daily!