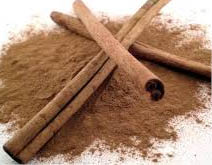 A person’s blood sugar is the amount of sugar the is currently circulating within the body. When a person has diabetes, they have increased blood sugar, leading to health complications. Insulin is the most common treatment for diabetes, but studies in this area have looked for other compounds which may help to reduce blood sugar. Studies have shown that cinnamon can help to lower blood sugar levels in people with type 2 diabetes.

To understand how cinnamon may affect the body, a person who has type 2 diabetes is insulin resistant, meaning that though their bodies produce insulin, their cells ignore it. However, cinnamon as a potent spice, can interact with cells in the bloodstream after being absorbed and lower insulin resistance, the cells to take up blood sugar and lowering blood sugar levels naturally. In the studies performed, cinnamon supplementation with meals lowered blood sugar levels by 24%.

The active ingredient in cinnamon is a compound known as MHCP. In several experiments, MHCP was found to mimic insulin by activating its receptor and working synergistically with insulin in cells. Since individuals with type 2 diabetes are insulin resistant, an alternate compound with similar properties lowered the resistance.

In studies, participants took anywhere from 1-6 grams of cinnamon. There were few differences seen in the groups, and they showed similar effects in blood sugar levels. The dosages were most effective when taken with a meal and it is recommended that cinnamon supplementation be used with natural eating habits for maximum efficacy.

For anyone who suffers from type 2 diabetes and is looking for alternative treatments, cinnamon may have the answer. More research needs to be done in this area to determine its full effectiveness, but when used with other treatment options, cinnamon supplementation can have a beneficial effect by lowering blood sugar levels up to 20%.