Home » Features » Inflammation » WHAT DOES NETTLE LEAF DO FOR THE BODY? 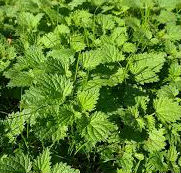 What is nettle leaf

Nettle leaf plants are plants with dark green and serrated leaves normally found growing on the banks of streams as well as other water bodies. The most common of these plants is the stinging nettle leaf known for its hairs that produce toxins and stings those that touch it.

This leaf has been discovered to have various medicinal values and hence it is dried and used in capsules, teas, tinctures and extracts. The leaves, for example, the stinging nettle leaves, are rich in nutrients such as vitamins; A, B1, B2 and B5, folates, iron , calcium, manganese, magnesium, potassium, zinc and selenium. With such a rich content therefore, it is clear that the leaf has so much to offer.

Below are some of its benefits:

a) Reduces gall bladder infections.
Nettle tea has the ability to clear the body system, it reduces the amount of infections to the gall bladder and also to kidney stones.

c) Pain reliever.
Studies and Researchers proved that nettle leaves contains properties enabling to relieve the body pains such as the osteoarthritic pains when consumed or applied directly to the painful areas. It has the ability to interfere with the manner in which pain signals are transferred within the body.

d) Controlling hay fever.
It has been proved also that nettle has the possibility to control hay fevers in the body as well as certain body allergic responses. This is simply due to the fact that it reduces the body histamine amount thereby lowering allergies such as itching and sneezing.

The few examples above clearly indicated how important nettle leaf consumption is to ones body, but also being herbal, it can cause body laxity in case of too much use.