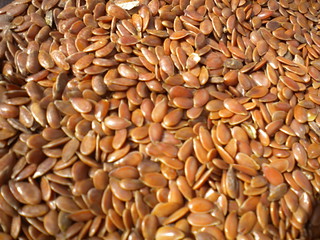 Flaxseed has been considered a healthy food since ancient times. In fact, as early as the first century AD, there have been written records about its therapeutic benefits and on the 8th century, a law was passed in France urging people to eat it for its health benefits.

However, men being skeptic in nature, these stories are mere stories unless a scientific study backs it up. Fortunately, there are now scientific proofs that back up flaxseed’s reputation as a “superfood”. These tiny seeds are, in fact, rich in omega-3 fatty acids, lignans, and fiber.

This fatty acid is essential in fighting inflammation, which is often the cause of chronic diseases and some types of cancer. The human body cannot produce Omega-3 fatty acids on its own that is why people rely on their diet to get this essential fatty acid. Salmon is known to be very rich in Omega-3, but now flaxseed has proven to be a good source of it and a suitable substitute for vegetarians. Actually, flaxseed is rich in alpha linoleic acid, which when taken in, is converted into Omega-3 in the body. 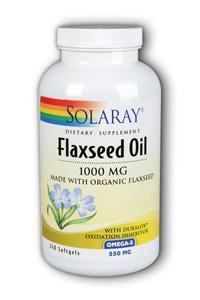 Lignan is a phytonutrient that is found in rye, barley, and fruits, but flaxseed contains the highest concentration discovered to date. This compound has several health benefits to the body. First, it is an antioxidant that reduces the free radicals in the body. As a result, the risks for oxidative stress-related cancers are reduced. Second, it has an anti-inflammatory property. Inflammation and certain types of cancer are prevented. Third, it mimics the function of estrogen (it is a phytoestrogen). It reduces the risks for estrogen related cancers.

Fiber plays a key role in maintaining a healthy heart; this is because high fiber diets can reduce cholesterol levels in the body. Fiber can also help stabilize blood sugar levels. When blood sugar is regulated, cravings are also curbed, which is why flaxseed can also be an aid towards weight loss. The fiber contains fewer calories than other foods with the same volume.  Eating a lot of fiber can help you feel full and keep your appetite controlled before you consume too many calories.  Lastly, fiber can improve bowel movement for a healthier digestive system.