What is Vitamin C or Ascorbic Acid 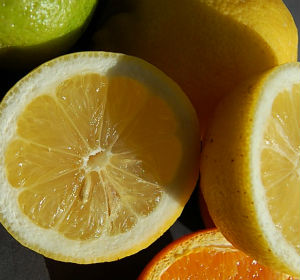 Vitamin C or ascorbic acid is an antioxidant dubbed a wonder worker for its crucial role in neutralizing free radicals. Ascorbic acid is soluble in water and is able to work both outside and inside the body cell. Free radicals are charged molecules that destroy body cell causing serious problem such as high rate of aging. Free radicals are dangerous as they combine with LDL particles; oxidize them making them capable of penetrating artery wall and thereby distributing harmful cholesterol there. Vitamin C is an excellent source of electrons that neutralize these radical thus stopping the plaque build-up known to constrict blood flow in the arteries that can cause a heart attack.

Vitamin C boosts the immune system by producing antibodies that are responsible for proper functioning of white blood cells or body soldiers. It also produces useful interferon, an antiviral and anticancer substance that combat stress in the human body. Ascorbic acid plays a major role in production of active adrenal hormone as well as neurotransmitters in your body nervous system. It helps in the breakdown of drugs in the body and produces carnitine which converts fatty acids into useful energy during metabolism.

Some of common symptoms of vitamin C deficiency include: 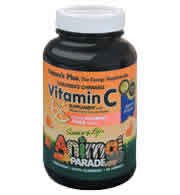 What Can Vitamin C Do When Having An Iron Deficiency
Iron deficiency anemia is another condition caused by the deficiency. The level of red blood cell fails in the body thus reducing the amount of oxygen content necessary in the blood. One experiences body weakness, fatigue and pallor as early symptoms of mild anemia. Loss of blood resulting from blood clotting problem due to vitamin C deficiency can be a serious problem. Inadequate diet, homelessness and alcoholism are some of possible reasons that can result in vitamin C deficiency.

What are the Food Sources of Vitamin C