Home » Features » Alfalfa: The Father of All Foods 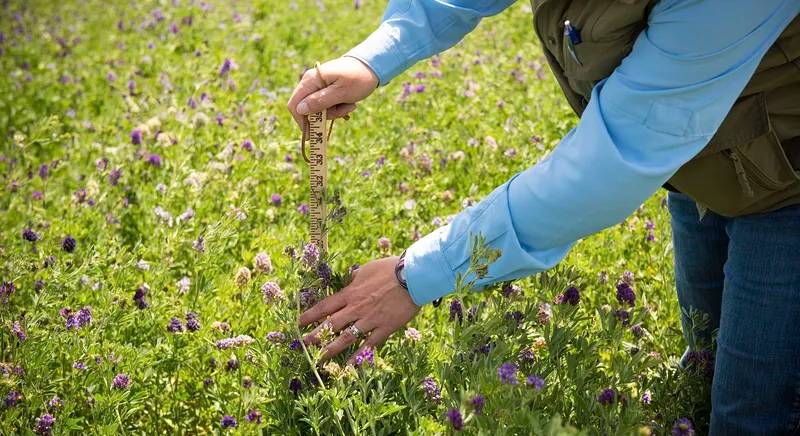 Alfalfa is a superfood that has been consumed by humans since ancient times. It is a plant-based source of vitamins, minerals, and chlorophyll, and has been used by herbalists world-wide for centuries. Alfalfa is known as the “Father of All Foods” because it contains all the nutrients that are necessary for human health. Lets discuss the benefits of alfalfa and how you can add it to your diet! 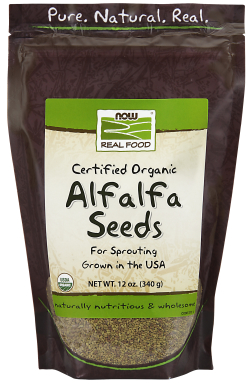 What is alfalfa and where does it come from?

Alfalfa is a type of forage crop that is often used as feed for livestock. It is a member of the pea family, and it is native to Eurasia and North Africa. Alfalfa is highly nutritious and is a good source of protein, fiber, and vitamins. It is also high in calcium and other minerals. Alfalfa is widely cultivated in temperate regions around the world, and it is one of the most important forage crops. In the United States, it is the most widely planted forage crop, and it is an important part of the diet of many grazing animals. Alfalfa typically grows to a height of 2-3 feet, and it has small, blue-violet flowers. The leaves are green and have a distinctively nutty flavor. Alfalfa is harvested from late spring to early summer, and it can be eaten fresh or used as hay. It can also be sprouted and used as a microgreen. Alfalfa has many uses, and it is an important part of both agriculture and animal husbandry as well as good to boost human health. 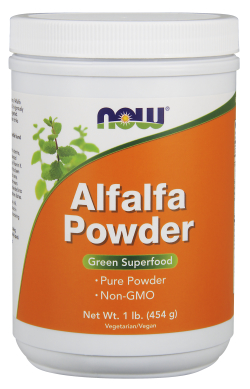 What are the benefits of alfalfa?

The leaves of the alfalfa plant are rich in vitamins A, C, and K, as well as minerals such as calcium and magnesium. Alfalfa is also a good source of dietary fiber and phytoestrogens. These nutrients make alfalfa an effective natural treatment for a wide range of conditions, including menopause symptoms, osteoporosis, and high cholesterol. In addition, alfalfa is often used as a natural detoxifier due to its high chlorophyll content. Whether consumed fresh, dried, or in supplement form, alfalfa presents a variety of benefits for both human and animal health.

How to add alfalfa to your diet?

Alfalfa is a great source of fiber, protein and minerals like magnesium and potassium. You can add it to your diet by taking a supplement form.

Recipes that include alfalfa

There are many recipes that include alfalfa. A few examples are below:

salt and black pepper to taste

2. Serve chilled or at room temperature.

Alfalfa is a highly nutritious plant that has been used for centuries by herbalists around the world. It is a good source of protein, fiber, vitamins, and minerals, and it has a wide variety of health benefits. You can add alfalfa to your diet by consuming it fresh, in supplement form, or in recipes like the alfalfa salad we shared with you. Alfalfa is an important part of human and animal diets, and it plays an important role in agriculture and livestock production. Thanks for reading about this amazing superfood!