Sun exposure has been the primary source of vitamin D for human beings throughout history. So the shift from a hunter-gatherer to an agricultural-based to an industrialized society also meant less vitamin D due to reduced sun exposure. When you get more sun exposure during spring, summer, and fall, your vitamin D levels are much higher than you really need. The surplus vitamin D gets stored in your body fat, to be released during the winter time. The lowest levels typically occur at the end of the winter season, when the sun’s rays have been weak for several months, and your reserves get depleted.

So when you avoid direct sun exposure to get another vitamin D or don’t take any supplementation, the level of vitamin D in your body goes down or in some instances, it is completely depleted. You can also get the level of your Vitamin D tested to determine its level for necessary actions like taking supplements if it is found to be too low. If no action is taken, then you will begin to suffer low level of vitamin D in your body.

For pregnant mothers, low levels of vitamin D causes widespread vitamin D deficiencies in their unborn children and predisposes the children to diseases such as type 1 diabetes, arthritis, multiple sclerosis and schizophrenia later in life.

Older adults having a severe or moderate deficiency in vitamin D can fall victim to any of the several forms of dementia. Dementia leads to the deterioration of memory, thinking, and behavior, thus, affecting the sufferer’s everyday life.

People having vitamin D deficiency are likelier to contract schizophrenia when compared with people who are having adequate levels of the nutrient. 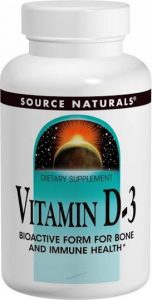