Home » Features » Prostate » Lycopene – its work in the prostate gland 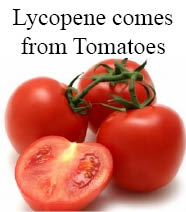 Lycopene is a carotenoid plant protein that is found in most vegetables and fruits. This phytochemical plays a significant role in the health of human beings. It aids in the prevention of diseases such as prostate cancer and several hearth diseases. The most amazing fact about this substance is that its helpful nature has been scientifically proven by conducting research studies.

To begin with, it should be understood that lycopene is one of the new entrants in the supplements market. Researchers have discovered that the substance has antioxidant properties and therefore it helps in deactivating free radicals that can damages cells.

It plays a significant role in reducing the risk of prostate cancer by:

1.It regulate cancer cell -growth by modulating the cell cycles.

To achieve this, lycopene aids in interfering with the development and progression of the cell cycle in the cancerous cells thus preventing the proliferation. In fact, it has been discovered that the substance is an essential growth inhibitor of certain cancer-cell types.

2.It increases the levels of the tumor-suppressor protein cx43

Tumor suppressors are proteins that prevent body cells from becoming
cancerous. For instance, the cx43 is a tumor suppressing protein that is liked with the minimization of the proliferation of the cancerous cells. Cell culture experts reveal that carotenoids like lycopene helps in increasing the levels of the cx43 tumor suppressors.

3.They regulate the oxidation status of the cancer cells.

Certain transcription factors have been known to be sensitive to the
oxidation status of various cells. Such factors include molecules that that lead to the manifestation of certain genes that may result in cancerous cells. Lycopene has been known to have the ability to regulate the oxidation status of the cancer cells. This will reduce the spread of the prostate cancer cells. 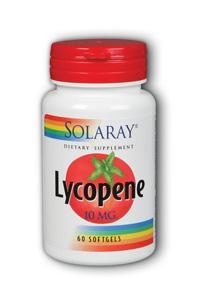 4. Lycopene reduce the extent of oxidative damage of the cancerous cells.

According to research studies, it has been established that protein oxidation is greater in prostate cancer patients that in other patients. This is due to the fact that the lycopene levels in their bodies are low. In this regard, it has been found out that an improvement in the levels of lycopene in such patients will help in preventing protein oxidation which will greatly reduce the risk of developing cancer-related complications.

5.It boosts the activities of carcinogen-metabolizing enzymes

Lycopene is one of the carotenoids that boost the liver’s ability to produce enzymes that aid in the inactivation of cancer-causing components. The bottom line it is a very essential component in the prostate gland. As evident above, it assists in the management of prostate cancer. It is therefore advisable to consider maintaining the required levels of the carotenoid.