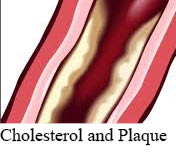 Cholesterol as a Lipid

Lipids are indispensable participants of body processes that are ubiquitous at the cellular level. Cells cannot function without lipids in that the membranes that keep the inside of the cells from the outside are made up of lipids, cholesterol in particular.

Being the core component of the human body, cells need to effectively communicate with one another to coordinate their actions. How well they communicate is influenced by their fluidity, which depends on the levels of cholesterol present in the cell membranes. In addition, cholesterol acts as a guard that keeps in check the passage of particles in and out of the cells, keeping the harmful ones outside.

Some of the vitamins that our body needs are fat-soluble. In the intestines, cholesterol converted to bile helps in the absorption of Vitamin A, Vitamin D, Vitamin E, and Vitamin K, consequently becoming a molecular component of these vitamins in the body.

We know very well that high levels of bad cholesterol in the bloodstream lead to heart diseases. Low Density Lipoproteins or LDL, the primary transports of cholesterol in the blood, is directly involved in the accumulation of plaques in the arterial walls. An oxidation process infuses LDL into white blood cells within the walls of arteries, forming plaques that in time get thicker and thicker. Niacin has been proven to cease the development of plaques by lowering the overall levels of cholesterol and LDL in the bloodstream, effectively removing related diseases.

Have you tried Niacin for your cholesterol yet?