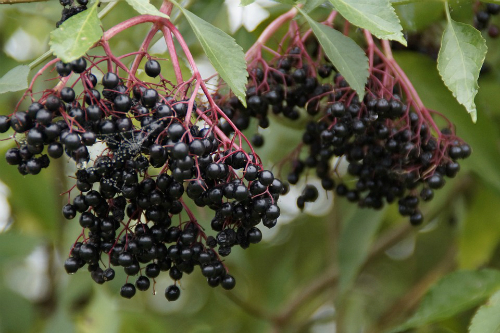 Elderberries, also known as Sambucus, has been used by people in Europe, north America, western Asian and north Africa for centuries in the treatment of coughs, reduction of cholesterol, viral infections, bacterial infections and general immune support. Elderberry juice was used in 1996 in the treatment of the flu epidemic that had struck Panama at the time. It is known for its great antioxidant benefits.

The juice has proteins and bioflavonoids that destroy the ability flu and colds viruses have to infect cells. People who have taken elderberry juice at the onset of flu and colds reported that they had symptoms that were less severe and they got better much faster than people who did not take the juice. 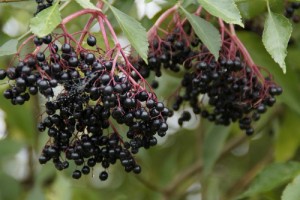 Elderberries carry in them many organic pigments, amino acids, flavonoids, carotenoids, tannin, sugar, viburnic acid, rutin, vitamin B, vitamin A and a huge amount of vitamin C. They also contain small quantities of a mild laxative, a diaphoretic, and a diuretic. The therapeutic actions of elderberry flowers and berries are believed to be from the flavonoids, which include quercetin, which are properties of the plant. The flavonoids have been shown in many studies that have been conducted on the properties of the plant to include anthocyanins. Anthocyanins are very powerful antioxidants. They hold to protect cells against any damage.

According to the CRC handbook of medical herbs, elderberries were listed as early as 1985 and were listed in the 2000 Mosby’s nursing drug reference for the treatment of flu, chest congestion, nasal congestion, yeast infections and hay fever. The Hasassah’s Oncology lab in Israel found that elderberries stimulate the immune system of the body. The lab also found that the plant could be used in the treatment of cancer and AIDS for its immune support properties. It also brings with it a wide number of benefits in the helping of debilitating asthma, weight loss and diabetes. In a study done by German scientists at the Bundesforschungsanstalt research center for food showed that elderberries enhance the immune function of the body by boosting the production of cytokines. Cytokines are unique proteins that usually act as messengers in the immune system. They help in the regulation of the immune response. This in turn helps in defending the body against diseases and infections. Further studies have also shown that the anthocyanins that are found in elderberries have more antioxidant capacities than most vitamins have including both vitamin C and vitamin E.

A study at the Austria University of Graz found that elderberries reduce the oxidation of low- density lipoproteins (LDL) cholesterol. In the atherogenesis, LDL cholesterol are oxidized. This oxidation leads to the increase of cardiovascular diseases. There are also great benefits in the elderflowers which could be used in the improvement of the general health of an individual.

How they are Consumed

Elderberries are edible if they are picked when ripe and then cooked. The pulp and the skin of the berries can be eaten. One should note that when eaten raw, without cooking, they can be very poisonous.