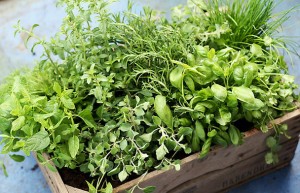 When you suffer an allergic reaction and you wonder why it happened I have only one word for you histamine. This nitrogenous compound is the chemical behind it all. It is produced by basophils and mast cells which are found in the connective tissue. Apart from causing the allergic reactions it is also a neural transmitter. Once it is produced it increases permeability of the capillary walls to leucocytes and other proteins enabling them to pursue the foreign pathogens. Its effects may at times extend to vasodilation which leads to low blood pressure which could be very dangerous. Luckily for us however nature has provided us with herbs that are very effective antihistamines. So let us look at some of them. 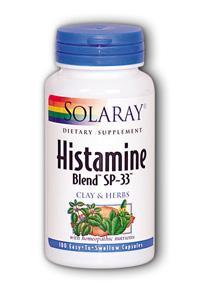 Herbs can be used as a histamine

The flowers of Chamomile will relieve you of swellings when you rub them against the affected part. This plant has properties that fight off the body’s natural production of histamines. It is even known to relieve lung congestion. Another herb that will relieve someone with respiratory problems is Echinacea which is quite largely used, on the other hand a person who is suffering from an allergic reaction that causes stomach cramps, gas or constipation will find relief in Basil. This age old antihistamine is also very good at dealing with wasp and bee stings as well as snake venom making it one of the best known antihistamine herbs.

Ginger is also another antihistamine that most people don’t know about its root soup is especially effective in dealing with hives. These are caused by increased permeability of the capillary walls caused by histamines. Stinging nettles are also good at dealing with hives which is quite ironic considering the fact that they will also cause you the same when they come into contact with your skin but all the same they work and they do it pretty well.

Finally Reishi is an amazing one as it kills histamines even before they start producing and that to me is simply amazing and incredible.