Home » Features » Minerals » Iodine: Why is it important to your health 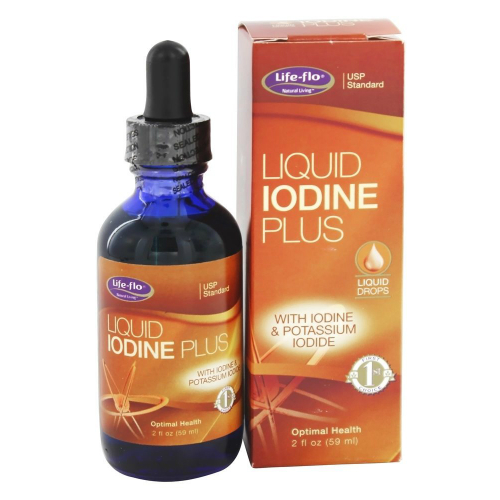 Iodine and its compounds are primarily used in nutrition, and industrially in the production of acetic acid and certain polymers. Its relatively high atomic number, low toxicity, and ease of attachment to organic compounds have made iodine radioisotopes.

Here is a list of 5 essential roles iodine plays inside the human body.

It is best known for its role in proper thyroid hormone production. Signs of a poor functioning thyroid include puffiness, edema, dry skin, cold extremities, thick tongue, constipation, loss of hair, weight gain, fatigue and slow reflexes. Those with iodine deficiencies have an increased incidence of autoimmune thyroid conditions like Hashimoto’s Thyroiditis.

Every cell, organ, and system in the human body needs iodine, and this is doubly true for females. Breast tissue has a greater concentration of iodine than thyroid. In healthy breast tissues, it offers antioxidant benefits. Conversely, iodine deficient breast tissues are susceptible to lipid oxidation, a contributor to many diseases including cancer.

Studies on mice and in test tube cells have shown that iodine can cause prostate cancer cells to self-destruct (known medically as apoptosis) and to differentiate (a good thing). Cancerous cells begin to lose all resemblance to the tissue type they are supposed to belong to, and it helps prostate cancer cells go back to resembling normal prostate cells (known medically as differentiation).

The ability of the thyroid to utilize iodine is related to the extent that the cleansing of the colon is maintained. This is particularly noticeable when incipient goiter makes its appearance. A series of colon irrigation has considerably sped up the utilization of organic iodine by the thyroid.

Iodine is the basic ingredient of the hormone thyroxin. When the thyroid for any reason is unable to generate sufficient thyroxin, the skin attains a peculiar graying tint and bloats or thickens, the hair becomes dry and brittle, the body increases weight and, worst of all, there is a loss of vigor and mentality. This condition is similar to that experienced after a tonsillectomy, indicating the close relationship between the thyroid and the tonsils, which are both seriously influenced by the condition of the colon.

90% of Americans Are Not Getting Adequate Amounts of Iodine

About 25% of iodine comes from wheat, because it is used in flour processing. A lot of flour in the U.S. is processed with a chemical, bromide (potassium bromate). This chemical makes flour doughier, rise higher, and gives the loaf a better appearance.

This is also true for two more of iodine’s chemical cousins: chlorine and fluoride which are found in tap water. Fluoride is the worst iodine disrupter, found in commercial toothpaste and in most of our public water supply. If you are on a wheat-free diet and don’t drink tap water, avoid bromide, chlorine, and fluoride. However, you may not get enough unless you eat seaweed or take iodine supplements. 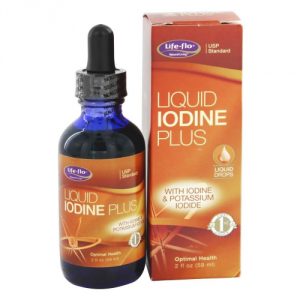 More on The important supplement Selenium
Health benefits of Calcarea Fluorica
Why is magnesium so important?