Home » Features » Herbs » Use MotherWort As A Vasodilator And Natural Tranquilizer

What is Motherwort Herb Good for?

Motherwort is an herb known for its therapeutic effects on the cardiovascular system. In Europe it refers to the plant species Leonorus cardiaca, which originated from Central Asia, but it has also been used to call other plant species of the same genus in the mint family, such as Leonorus japonicas or Leonorus heterophyllus. Leonorus c 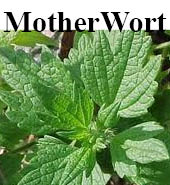 ardiaca is so named because of its centuries-old medicinal uses in treatment of heart problems. In the old days herbalists heavily relied on its reputed antispasmodic effects to reverse symptoms of a weak heart. Also, it has always been used as a health tonic that promotes the health of the uterus and taken as an emmenagogue, which facilitates menstrual discharge.

Leonorus cardiaca is a shrub growing up to 1 meter in height. It is now widely distributed around the world but prefers vacant spaces and poor soils. Its flowers that are white purplish in color are easily recognizable with their hairy lips. It has palmate leaves that are latticed, resembling other herbs of the same size like mugwort. The flowers, leaves, and stems are used to make herbal teas and extracts.

Motherwort has long been known to produce cardiotonic effects, but only recently have alkaloids that induce vasodilation been discovered to be present in the plant. When ingested, it creates a more relaxing effect in contrary to the tranquilizing effects characteristic of other cardiotonic herbs. This is due to the combination of biomolecules in the plant, which includes flavonoids, glycosides, tannins, and carotenoids. Most of the phytochemicals are the same polyphenolic substances found in teas that are known for their antioxidant properties. They improve blood flow by relaxing the smooth muscle cells that line the blood vessel walls while protecting the endothelium in the circulatory system.

The sedative properties of motherwort have been recorded in both the East and the West since antiquity. In Traditional Chinese Medicine, its antispasmodic activities have been recognized to allay painful contractions. Folk medicine practiced in Europe and passed down from generation to generation has always associated motherwort with easing labor pains and preventing hemorrhages during childbirth. Recent studies point to the activities of the alkaloid leonurine, which is unique to plants of the family Lamiaceae. Despite of that, there are contraindications that may occur when taken by a pregnant woman on a regular basis as it has shown to regulate menstruation and bring on miscarriage.

Motherwort is particularly helpful for women in menopause transition years as it has been noted to alleviate vasomotor symptoms such as hot flashes and palpitations. There have been mentions that the same phytochemicals that promote vasodilation display phytoestrogenic activities in vivo although its mechanisms of action remain under scrutiny. Problems with the nervous system associated with menopause such as night sweats, insomnia, and anxiety have all had positive responses to supplementation of motherwort extracts, and anecdotal results have significantly contributed to their growing popularity.

Motherwort might help lower blood pressure due to its ability to relax smooth muscle cells and its vasodilation properties.

Give Motherwort a try today!