Home » Features » Skin Care » Why is Aloe Vera Gel so Good for the Skin? 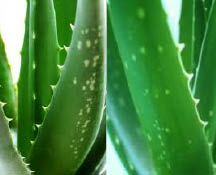 Aloe vera gel has an age-old association with the skin care industry, and its use in warding off diseases of the skin predates history. Large-scale production of aloe vera beauty products has been quite ubiquitous of late, but traditional practices tied to folk medicine across countries from all over the world have always relied on aloe vera for younger-looking skin. It is a known fact that the application of aloe vera gel is wide-ranging. Even though recent studies remain inconclusive, the scientific community is convinced that compounds extracted from the plant exhibit antibacterial and antifungal activities.

Aloe vera is a plant adapted to regions where there is severe lack of available water, having fleshy leaves that work against water loss. Hence, it is classified as a succulent plant. Due to the widespread distribution of this arid plant species even during the ancient times, no one can tell for certain where it originated from. However, many historians and scientists surmise it may be an indigenous species in the Arabian Peninsula based on scant evidence.

The earliest record of aloe vera appears in an Egyptian medical papyrus now known as Ebers Papyrus dating back to circa 1550 B.C. Many scientific texts in antiquity made mentions of the plant, including De Materia Matematica by Dioscorides and Naturalis Historia by Pliny the Elder, and all of them documented its wide use as a cosmetic product among women of the nobility as well as its reputed medicinal benefits in treatment of many skin lesions, like burns and wounds, and digestive problems.

Herbal uses of aloe vera gel were never limited to the Ancients Greek and Romans. In fact, it is postulated that its popularity among early physicians who practiced Humorism was attributable to the medical practices of surrounding areas believed to have heavily relied on aloe vera. Indeed this plant supposed to have originated from the desert has long been commonplace in sub-Saharan regions, the Arabian Desert, and in the East, notably India, where up to this day remains an important ingredient in skin products. It was introduced to China in the late Middle Ages, and since has been incorporated to Traditional Chinese Medicine.

Recent studies shed light on the positive effects of aloe vera to the skin, and discovered compounds that have shown to have consistent antimicrobial and antifungal properties. This explains why it facilitates healing when topical applications are applied directly on the wounds and other skin problems. It has been reported to be very effective against skin infections such as boils and cysts. Its soothing effect on body surfaces makes it an ideal treatment for first degree burns and ulcerations.

Aloe vera gel works on the principle of keeping the skin healthy and blemish-free by removing foreign particles that irritate the skin and contribute to aging. Its ubiquity in the cosmetic industry is supported by the fact that it is completely devoid of side effects, and, of course, age-old anecdotal evidence.

Do you take Aloe Vera Daily?