Home » Features » Digestion » No Doubt, Betaine is a Remedy to Heart Burn. 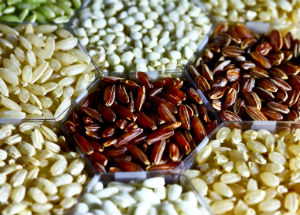 What is a betaine

Betaine hydrochloride is an organic compound which is also rich in many vitamins. It is found in many different foods such as grains, spinach and sugar beets. It is used as a naturopath and a supplement for HCL in the stomach.

Betaine HCL has a major benefits to individuals suffering hypochlorhydria, which is deficiency of HCL in the stomach. Due to shortage of this acid in the stomach, there is partial digestions of food in the stomach and thus sufferers suffer constipation. HCL is very important because it help kill off harmful organisms in the stomach. People who suffer HCL deficiency are more likely to suffer bacterial as well as intestinal infections.

Betaine HCL has been proved beyond doubts to be effective in treating heart burn, which is also known as gastroesophageal reflux disease. People who suffer heart burn develops a burning sensational which is caused by the failure of esophagus to completely close. This allows stomach content such digestive acid to reflux or leak back to the esophagus, which causes burning sensations on the esophagus lining.

Use of Betaine HCL is the only remedy, it will enable faster digestion of food in the stomach and thus avoid food accumulation in stomach. This will hinder continuous production of HCL which is the major cause of heart burn.

Without doubt, Betaine HCL is effective in treating acid reflux commonly known as heart burn. You can get Betaine supplements online, they will help you overcome heart burn.