It has been proven through various researches that the risk of age-related macular degeneration or AMD gets lower with people who regularly have sufficient Vitamin D. According to latest researches, it has been proven that the risk of blindness reduces by about 60% for women less than 75 years of age if they take sufficient vitamin D as compared to those who take lowest amount of vitamin D.

AMD can precisely affect the vision of the patient as it deteriorates the macula, the central portion of your retina, which allows you to focus on any object precisely. In this way, age-related macular degeneration is considered as the leading cause of irreversible vision loss among adults. According to researchers more than 8 million Americans in the age group of 40 years and above are suffering from such visionary problem due to lack of vitamin D in their blood.

An author from the University of Buffalo, Amy E. Millen, PhD, and his colleagues had studied the data received from more than 1,300 women to find out that whether a popular test of blood for knowing the status of vitamin D can be linked with early AMD or age-related macular degeneration. They released the result of these blood tests known as serum 25 (OH) D by measuring the level of vitamin D in their blood got from direct sunlight and other oral sources.

Though any authentic evidence about the effect of the level of vitamin D on macular degeneration is not available to date but still on the basis of various studies and researches a positive relationship between Vitamin D and AMD can be established. The results of these researches show that by increasing the level of vitamin D, age-related macular degeneration can be controlled effectively. 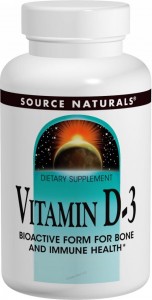