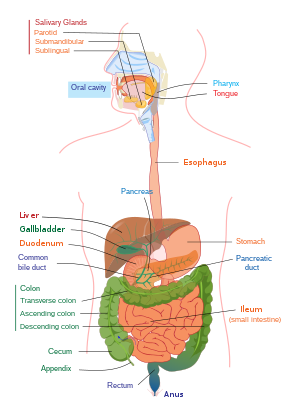 Lactobacilli is known to be a bacteria that usually resides within our body specifically in the small intestine and vagina. Acidophilus is primarily considered essential to the body because of its ability to produce Vitmain K and lactase. Furthermore it also has the ability to produce anti-microbial substances like acidolin, acidolphilin, lactocidin, and bacteriocin which could aid with further health improvements, especially through our digestive system.  Lactobacillus Acidophilus are bacteria that is used for medicinal purposes which allows to it be part of the probiotic family. Mostly L Acidophilus is considered as healthy gut bacteria which could be beneficial for digestive tract health.

Lactobacillus Bulgaricus was discovered by a Bulgarian, which should tell you why it is named as such, in 1905 named Stamen Grigorov and was isolated. He was able to discover that it can be a treatment for a variety of diseases like tuberculosis, fatigue and ulcers. Same as most probiotics it is also located in the gastrointestinal tract of humans. This probiotics’ main role in health is its ability to aid in the production of lactic acid through lactose and sugar conversion. In food it is found in yogurt and some cheeses like most probiotics.

We have mentioned probiotics a couple of times already but what is it really? Probiotics are microorganisms like bacteria or yeast and the key parameter is that it is used to promote good health. They either can be available in supplements form or in a variety of food products as well but mostly dairy products are the best sources. A lot of people may find it weird when it comes to bacteria promoting good health, what most people know is that bacteria causes problems in the body and not the other way around. Often times we even take medication that will help us fend off bacteria but what we need to remember in this instance is that these are known to be good bacteria and aids in the production of a number of substances that would help with good health. This is the reason why our body considers these microorganisms essential to our overall health and teams up with them for health maintenance.

Our digestive system for one has over 500 different species of bacteria and they help keep the intestinal tract linings healthy and help in food processing. There also has been numerous studies that show probiotics help enhance immune system health. It has been shown to have great effects against allergies and other pathogens that may cause a number of health issues. These friendly bacteria as some may call them has been linked to our immune system being healthily challenged which can help improve its overall ability in fighting off disease. Other health benefits range from common ailments that cause minor issues to more severe cases like different types of acute diarrhea and preventing intestinal inflammation that may cause serious intestinal surgeries. Aside from those ailments, it also has been found to be an effective treatment for eczema associated with cow’s milk.