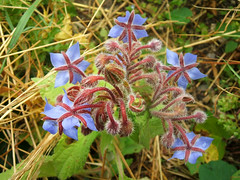 What is Gamma Linolenic Acid (GLA)?

Gamma linolenic acid, also widely known as GLA, is a type of essential fatty acid found in a number of vegetable oils such as the evening primrose oil and the borange oil. GLA belongs to the omega-6 fatty acids, and this type of fatty acids is consumed by the average American 30 times as much as they take in omega-3. Gamma linolenic acid is known for its benefits on the reduction of any type of inflammation in one’s body and is a strongly recommended supplement in inflammation brought about by certain health conditions.

What are the benefits of Gamma Linolenic Acid?

Gamma linolenic acid has been found to alleviate symptoms and body pains in the following conditions:

1. Premenstrual Stress/Menstrual Cramps – Certain women who unfortunately suffer from menstrual cramps actually have low levels of gamma linolenic acid in the bloodstream prior to menstruation. As such, taking in gamma linolenic acid as a supplement relieves pain, breast tenderness, abdominal cramps, irregularities in bowel movement, and mood swings brought about by the onset of menstruation.

2. Hot Flashes during Menopause – A number of women in their menopausal stages attest to the reduction of menopausal hot flashes once they started taking in gamma linolenic acid as a health supplement.

3. Dermatitis, Eczema, and Acne – These skin diseases all involve widespread inflammation on the skin, and are immediately relieved by the anti-inflammatory properties found in gamma linolenic acid. Upon taking in supplements of GLA, symptoms such as flaking of the skin, itching, and lesions are relieved and prevented.

5. Cancer Prevention – This is probably the most celebrated and talked about benefit of gamma linolenic acid, as recent studies already suggest the big role of GLA in the prevention of certain forms of cancer.

6. Diabetic Neuropathy – Gamma linolenic acid has also been found to alleviate numbness, loss of sensation, and tingling amogn those who suffer from mild and moderate diabetic neuropathy, a form of nerve damage brought about by diabetes.

7. Arthritis, Osteorarthritis, and Rheumatoid Arthritis – Scientific studies have shown that gamma linolenic acid is a potent agent in the reduction of swelling, pain, and inflammation among those who have arthritic joints.

Aside from the benefits listed above, gamma linolenic acid also has listed benefits amon those who suffer from alcohol withdrawal, female infertility, lupus, psoriasis, impotency, multiple sclerosis, asthma, fibrocystic breasts, and obesity. Because of its long list of positive effects on one’s health, gamma linoletic oil is now being used more and more all over the world. With its broad range benefits, scientists continue to study this fatty acid and how it could be further utilized in the advancement of medical science , especially in the treatment of more serious and life-threatening diseases.