Home » Features » Essential Fatty Acids » What is Lutein and Why do I need it Daily?

Lutein and the Macula 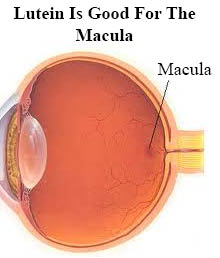 Lutein is a carotenoid, a group of chemical compounds that give plants their coloration ranging from yellow to red. Unlike its carotene counterparts found in carrots, it belongs to another class of carotenoids called xanthophyll, the same compounds that give the golden yellow pigmentation of egg yolk. Inside the human body it is most evident at great concentrations in the macula, and protects the eye from the adverse effects of oxidative stress.

Numerous studies point to the correlation between intake of lutein and pigmentation in the macula. While there are no established dietary needs for lutein, we get our daily dose of this substance from fruits and vegetables. At the turn of the 21st century the many health benefits of lutein were discovered, which include scavenging free radicals at the cellular level as well as the promoting the overall health of the human eye.

Lutein has received a lot of good press in the past few decades. It has been a subject in studies about different diseases, most of which are age-related functional decline, spurring the concern to get enough of this compound while young to ensure a healthy body in later life. Spinach, Brussels sprouts, zucchini, and broccoli have been identified to contain very high amounts of this carotenoid. Today there are an abundance of processed foods that are fortified with lutein, including milk powders and breakfast cereals.

A large fraction of the dose of this compound that we get from our foods is utilized by the eyes. The interior of the eye houses a light-sensitive tissue called retina, which processes most of the light particles that the eye absorbs. At the center of the retina quite close to the optic nerves at the back of the eye is the macula, a spot responsible for high vision acuity and the central part of the human vision.

The Macula and Lutein

The macula is bright yellow in color largely owing to very high concentrations of the carotenoid lutein. The largest number of cone cells can be found in the central part of the retina, the reason why the macula is very active in bright light environments, but that does not mean it is not vulnerable to daily wear and tear. Since the macula is subjected to blue and ultraviolet rays present in bright lights, depleting levels of lutein explains why it takes damage over time.

Keep in mind that the ability of the macula to absorb blue and ultraviolet rays that enters the eye is dependent on its yellow pigmentation, which is in turn determined by the amounts of lutein in the eye. As the eye is subjected to stress every day, it produces massive numbers of free radicals that damage the eyes in a process called oxidative stress. In recent years lutein has been observed to show very potent antioxidant activities, especially in the context of too many high-energy light particles.

As you can see, lutein is very important to the eye and essential to keeping the macula healthy and functioning properly.

Have you had your Lutein today?