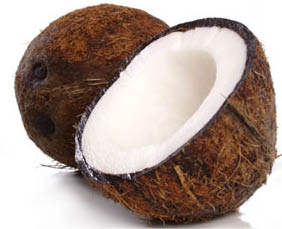 Coconut oil has been quoted to be a very beneficial oil that is used for all sorts of conditions. One of the main reasons why it has been getting so much buzz would have to be the fact that it can improve memory loss.

Why Is Coconut Oil Good For Memory Loss?

The neurological disorder known as Alzheimer’s disease most commonly affects those older than 60. It afflicts over an estimated 5.4 million Americans in the entire country. Though the exact causes are unknown, the degeneration which occurs is results from the appearance of neurofibrillary tangle, amyloid plaques and the loss of neuron cells

communications inside the brain. A couple brain scans studied have shown how there might be reduced glucose absorption, glucose is the main energy sources for brain cells.

Symptoms include memory loss as well as a decreased ability for you to perform regular daily tasks, mood changes, and confusion.  The caprylic acid in coconut oil, breaks down once it’s consumed into certain substances called “ketone bodies”. These ketone bodies were supposedly made to provide an alternative energy source to damaged brain cells which no longer can use glucose properly with this Alzheimer’s disease.

If you are experiencing mild symptoms, consider trying coconut oil for several months.  It may very well help you regain memory once lost.