What is castor oil 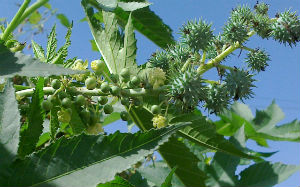 Castor oil is a pale-yellow liquid that is extracted from castor seeds. It has variety of health benefits that makes it premier oil in coking, soap making, as a massage oil and in cosmetic industries.

Some of the health benefits of castor oil includes;

It has anti-inflammatory properties, it has soothing and refreshing effects. Once you take castor oil, you feel relieved even if you were tired.

It is rich in antioxidants compounds, they help in eradicating free radicals in the body.

It is natural remedy to arthritis.

Due to it anti-inflammatory properties, castor oil is used relieve arthritis. It is applied in affected parts such as joints and sore.

Castor oil is strong laxative which is effective against constipation and any digestion problems. You will feel relieved after taking one teaspoon full of castor oil.

The patient need to apply castor oil on the affected part atleast twice a day for 3 weeks.

It is also effective in treating skin problems such as;

It is also effective in treating wrinkles, it get into the skin and stimulatecollagen and elastin production which softens and hydrates skin.

It rejuvenates and restores youthful appearance by making skin pliant, softer and smoother.

Who can use castor?

It is natural product without side effects. However, pregnant and breast feeding mothers as well as people with abdominal pain and acute inflammatory disease should not use it.