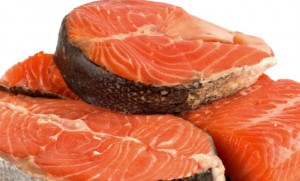 What is the effect of consuming fish oil, which contains Omega 3 to gout? This query is answered by knowing the effects of this substance to gout patients or even for healthy people. There are several manifestations of this disease, which are relieved through consuming this substance.

Gout can take place as an outcome of an over accumulation of uric acid within the bloodstream. The disease emerges when the condition is triggered by a sturdy inflammatory response and the immune system will then respond. This response will most probably cause an arthritis condition or also known as gouty arthritis. Gout always commence in the big toe. However, it may as well involve other joints, such as elbows, knees, wrists, and ankles.

Only around five per cent of arthritis condition was associated with gouty arthritis in the past. Nevertheless, the numbers slowly escalate every day. This is possibly because of alcohol consumption, poor diet and the intake of fatty foods, which are low in terms of nutritional values. The two main fats, which contain Omega 3 are DHA and EPA. Research studies have discovered most recently that DHA is transformed inside the body into a chemical, Resolvin D2, which activates the anti-inflammatory response. This substance is confirmed to comprehensively lessen the manifestation of gouty arthritis, both primary or secondary gout and other kinds of arthritis.

Studies as well show that Omega 3 works much better than other prescribed medications. As a wrap up of these studies, it was discovered that this substance does not have any side effects. It can provide a vast number of other advantages, particularly for the brain and the heart. An Omega 3 rich diet is essential to everyone’s welfare. It can boost the immune system and thereby aiding to prevent various illnesses. 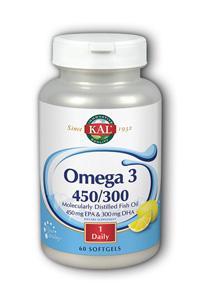 The most preferred oils are extracted from hoki and tuna fish. It is proven that a particular blend of these two types of oils has a better anti-inflammatory effect than usual oils. The ideal fish oil for gouty arthritis are species that have high DHA fat content, reaching up to 270 milligrams every 1000 milligram capsule or soft gel.

The Omega 3 fatty acids are known to reduce pain and inflammation caused by a number of ailments from injury trauma to arthritis. These acids help to promote a stronger inflammation cycle, which can both prevent as well as relieve many different painful conditions that virtually anyone could suffer from.

Omega 3 fish oil is known to promote brain functions as well as development and it is also common today for a pregnant mother to be advised to take Omega 3 supplements. Taking them can lead to a higher intelligence as well as increased happiness in the child after birth

We should also mention the benefits of fish oil to the health of the heart. The benefits of Omega 3 fish oils in relation to the cardiovascular system are just astounding.

It can thin out the blood, which can prevent blood clots while at the same time reducing one’s cholesterol as well as blood pressure. Furthermore, Omega 3 has been shown to add years to one’s life.

What about the reduction of cancers like prostate, breast and colon cancer? Yes, Omega 3 has been known to reduce the potential for this to occur as well. There are just so many benefits associated with the consumption of Omega 3 fish oils that there is no knowing what benefits will be discovered next.