Home » Features » Cardiovascular Health » Is CoQ10 Hard To Absorb In The Body? 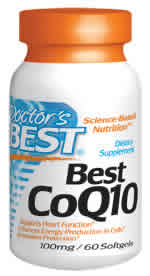 CoQ10 is a highly rated health supplement that is sold commercially in the international markets. However, the human body in the form of an anti-oxidant, the rate, naturally synthesizes CoQ10 and quantity at which it is produce tends to diminish, as you get older. Hence, your body fails to take advantage of the benefits offered by CoQ10 as you age and this calls for an alternative to get the substance into your system. The main role of this substance is to promote heart health, increase the amount of energy produced by your body and slow down the aging process.

How CoQ10 works in the body

Being lipid-soluble, CoQ10 does not have the tendency to dissolve in aqueous environments in a quick manner. Hence, it is difficult for the human body to absorb it if you consume it in its powered crystalline form. This is the main reason why it is consumed along with oil so that its absorption rate can be increased significantly. However, breakthroughs achieved in the commercial production of CoQ10 have helped in the creation of Ubiquinol, which is termed to be the most biologically active form of the substance. Once Ubiquinol gets inside the human body, it is readily absorbed by up to 60% faster than its non-biologically active counterpart is.

Of late, commercial variants of CoQ10 have Bioperine included in them so that the human body at a rate absorbs it, which is equal to that of Ubiquinol. Bioperine is an extract of the black pepper fruit and is completely safe. Some of the top brands that sell this supplement include the likes of Doctor’s Best and Source Naturals. If you are interested in taking this supplement but have a history of drug allergy or are
currently under medication, it would be better to seek a detailed consultation with your doctor and get his or her approval to avoid any unwanted and risky side effects.