What is a devil’s claw 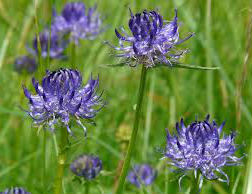 The devil’s claw is a plant originated from the southern part of Africa. It has small hooks on its plant fruit and that is where its name originated from. The world’s major supplier of devil’s claw is Namibia although both South Africa and Botswana supply it is in smaller amounts. Devil’s claw has an active ingredient called harpagosides and is believed to be irdoid glycosides. This ingredient is found on the secondary root part of the plant.

The plant has been in use in Africa for thousands of years in the treatment of rheumatic arthritis, fever, skin infections and other conditions affecting the pancreas, gall bladder, kidneys and also the stomach. It was introduced in Europe in 1900 and used for boosting digestion. This is achieved with the help of the bitter taste in its tea that stimulate the digestive juices. Currently, its primary use is in the treatment of conditions causing inflammation and pain (back, neck, tendinitis, rheumatic arthritis & osteoarthritis). On a larger sale, it is also used in the treatment of back, neck and shoulder muscle tension and pain. 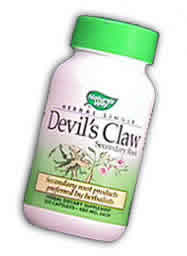 Devil’s claw is administered in capsules, tincture and also in the form of tea. The capsule form is used for inflammation and pain while those with indigestion and appetite loss are given its tea. The tea is prepared by adding 1 tsp of chopped or powdered dry root to 2 cups of boiling water and left to boil for 20 minutes. The process is then followed by straining and finally cooling.

Note that just like many other drugs, Devils claw can trigger some allergic reactions. Such include; stomach upsets, headaches, and tinnitus.

Caution should however be taken and that involves consulting a doctor especially if suffering from gallstones or diabetes. People with gastric ulcers as well as pregnant women should not use it. It can cause uterine contractions for the expectant mothers.