What is Systemic Inflammation? 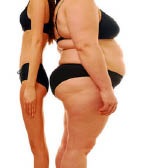 The result of release of pro-inflammatory from the cells which are immune related and the chronic activation of the immune system is known as Systemic Inflammation. It contributes for the development or progression of certain kinds of conditions. The causes of systemic inflammation are infections, obesity, environmental drugs, tobacco and toxins, autoimmune diseases and periodontal disease.

Occurs when the whole body gives an inflammatory response. The inflammatory response is the defense mechanism of the body against damage and harmful agents. The excess bloods in the body helps to bring white blood cells and nutrient-laden fluids; it then further help to defeat the invasion heal the damage. The symptoms of systemic inflammation are symptoms of shock such as increased pulse rate, change in alertness and reduced blood pressure. In mild cases people suffering from systemic inflammation becomes lethargic and tired and in moderate cases there is a change in temperature.

Systemic inflammation can be reduced

By having right kinds of foods and supplements. Omega 3 fish oil is a natural and best way to reduce it from one’s body. It is present in fish like mackerel, tuna, hoki and salmon. It gets absorbed in the bodies and aids against the fight. One should also have a diet which is high in animal protein in order to reduce systemic inflammation from the body. The animal protein has high level of arachidonic acid which helps to increase the leukotrienes and prostaglandins supply. Garlic, ginger, bay leaf, rosemary, turmeric, thyme and black pepper are also used to reduce the symptoms of systemic inflammation. The antioxidants which are found in the spices help to control many causes of systemic inflammation. The spices help to lower the impact on one’s health and destroy the disease. The step to deal with systemic inflammation is to find and treat the cause of it. it requires to stop smoking, losing weight and improving the dental hygiene.