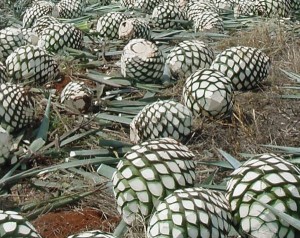 What is agave nectar

Agave nectar can be a slightly better sweetener than white granulated sugar. There are several reasons that it is either the same or better than white sugar. The glycemic index plays a huge part in most of the advantages that agave has over refined sugars. Agave may, however, be one of very few products that can replace refined sugars for vegans who have completely turned away from the use of any animal product during any stage of creating or processing foods or other products.

Agave has a slightly higher calorie count than white granulated sugar. This is all right, however, because it is much sweeter than white sugar, so not as much will be used. What makes agave better than white sugar, however, is the fact that the glycemic index is lower in agave than white sugar. This is the part of the sugar that can trigger a diabetic episode. Agave does still have calories and carbohydrates, like any other sweetener, but the lower glycemic index makes it raise blood sugar much more slowly than other sweeteners. It is a better alternative than artificial sweeteners because it is a natural product and is not made of chemical compounds. 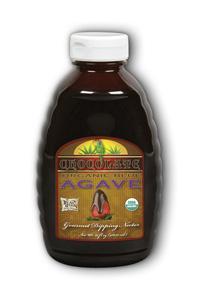 While agave is a sweetener, complete with calories and carbohydrates, the chemical makeup of it is such that it does not trigger the body’s fat storing mechanisms, making it easier to lose body fat. Because it does have calories and carbohydrates, it is not technically diet sweetener, but because it’s glycemic index is approximately half that of refined or granulated sugars, it is possible to use sparingly in place of sugar when dieting. It is also healthier than refined artificial sweeteners that are made partially of refined sugar, and partially of synthetic sugar, which have been shown to increase risks of cancer.

Because agave is plant based, like refined sugars, it offers some of the same cooking functionality as sugar. Using agave for browning, moisture retention, softening and food preservation is just as good as using white granulated sugar, and because it is sweeter, the amount of agave used in cooking can be reduced. This can be a useful sugar replacement because the agave fails to trigger the body’s fat storage system. This makes agave a good sugar replacement for cooking functions, where artificial sweeteners tend to fail repeatedly.

Most granulated or refined sugars are filtered using animal-bone based charcoal. While most vegans are not aware of this fact, those who are may be looking for natural alternatives, and agave is the answer. Because it is boiled directly from the plant sap, there is no contact with any animal product or by-product, making it completely vegan. This is the perfect choice for those who choose to live life with no animal product usage.