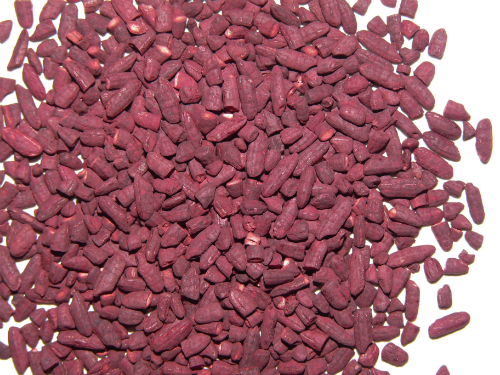 Chinese have been using Red yeast rice for many years as a food colorant, food preservative, as an ingredient in rice wine and as a spice. It still continues to be a dietary staple in Asian, Japan and Chinese communities especially those living in the United States.

Red Yeast Rice is also used for its medicinal purposes. It was described in an ancient Chinese list of drugs as useful in alleviating diarrhea and indigestion as well as improving the circulation of blood. Recently, the American and Chinese scientists developed red yeast rice as a product to lower the levels of lipids including triglycerides and cholesterol. 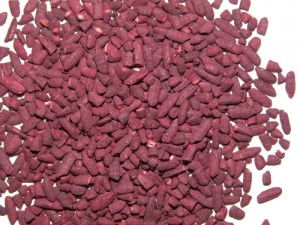 Red yeast rice is prepared by fermenting the rice with a type of yeast known as Monascus purpureus. It contains chemicals which are similar to prescription statin drugs mainly monacolin K which has the same make up as lovastatin (Mevacor). Statins are prescribed for LDL; bad cholesterol levels and can also help to reduce the risk of a heart attack.

However, researchers cannot clearly tell if red yeast rice lowers cholesterol due to the statin like component or because of other things such as the isoflavones, unsaturated fatty acids and phytosterols. But there is no doubt that it helps to lower the level of LDL cholesterol in the body.

There is no established right dosage of red yeast rice to lower the level of cholesterol as the amount of active ingredients used and the quality of the drug varies from one maker to another which makes it hard to develop a standard dose. However, before you begin taking this drug, you should consult your doctor.

The average consumption ranges from 13-16 g of red yeast rice per person daily.

Since red yeast rice contains lovastatin, it is expected to have the same side effects as the prescription drug. Patients should be strictly monitored for kidney, liver and muscle damage but unfortunately most sellers do not inform the buyers the risks. It also has several interactions with other dietary supplements and drugs.

Though mild, here are the common side effects of taking red yeast rice:

You should not take red yeast rice if you are using antifungal drugs, drugs that suppresses the immune system, protease inhibitors for HIV or certain antibiotics. Patients taking red yeast rice should avoid alcohol as it increases the risk of liver damage. One should also avoid grapefruits and always check with the pharmacist or your doctor if you are taking any other medicines or supplements.

People suffering from kidney disease, liver disease and allergies to yeast or fungus should not use red yeast rice as well as those suffering from diabetes, high cholesterol or high risk of stroke or heart attack as they need a more powerful drug. 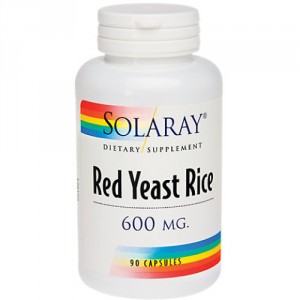