Home » Features » Cardiovascular Health » How Does D-Ribose Help the Heart? 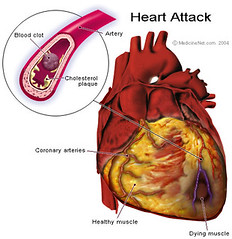 D-Ribose And The Heart

D-ribose is a structural component of ribonucleic acid, or RNA. It is a simple sugar made up of five carbon atoms and plays a central role in metabolism and energy production. Its absorption rate in the gastrointestinal tract is one of the highest of all carbohydrates, having a lower limit of 80 per cent. That being said, it has a negative glycemic index, supplying the body with energy without affecting blood sugar. Its properties enable it to restore heart health following infarction of heart muscle tissue.

Cardiac muscle cells are particularly susceptible to dire consequences of low energy output. They must be provided with a steady supply of energy throughout a lifetime. Fortunately, the human is very much capable of meeting its energy demands. The problem lies in the development of cardiovascular diseases, leading to the death of heart tissue. This is when D-ribose has been reported to be of help.

D-ribose has been observed to show many cardioprotective properties. Regular intake of this simple sugar has been linked to the upkeep of healthy muscle cells, effectively maintaining heart health in the long run. Unlike any other body organ, the heart is very resistant to fatigue. However, its major weakness is the restriction of blood supply, inasmuch as it needs large amounts of energy to function.

The scientific community used to believe that the human heart is completely incapable of regeneration. For example, drastic lifestyle changes must be strictly followed to survive the threats of severe heart conditions. This remains partly true, but new evidence shows that regeneration of cardiac muscles may take place at a much faster rate, as is the case with supplementation of D-ribose.

The heart contains a high energy pool that fuels its cellular activities and powers its physiological function. Cardiac muscle cells are capable of producing much higher concentrations of adenosine triphosphate, or ATP, in comparison with other cells found in the body. This high ATP yield results from a very efficient aerobic metabolism. However, the heart is vulnerable to impaired circulation.

Since heart muscle tissue is very dependent on aerobic metabolism, it follows that a restriction in blood supply limits its energy output. High concentrations of D-ribose in the bloodstream appear to remedy this condition. As a sugar, D-ribose is utilized by cardiac muscle cells to reverse damage brought on by impairment in circulation. It has also been reported to increase cellular energy output.

Researchers have documented the positive effects of D-ribose supplementation on exercise capacity and ventilatory efficiency among patients diagnosed with coronary heart disease. There was a clear improvement in oxygen uptake efficiency and myocardial performance during cardiopulmonary exercises. This suggests that D-ribose enhances tolerance to physical exertion and intense stress.