Home » Features » Herbs » What Are The Health Benefits Of Taking The Herb Mullein? 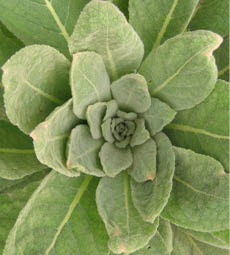 What Are The Health Benefits Of Taking The Herb Mullein?

Mullein herbs is usually consumed as a tea, and is a member of the large snapdragon family. Mullein basically has very soft wooly leaves that produces only one flowering stem which grows two to around eight feet tall. These leaves are then dried to be used in teas. Mullein tea is actually a medicinal tea that is used to help treat an array of ailments such as diarrhea, colds, and your common flu because it is prized for having such a great antimicrobial activity present in each leave.

Mullein is also a great herb to treat coughs due to its active constituents. Drinking this tea alone can soothe the throat and reduce scratchy and tickle which makes you cough more. Mullein has also been said to treat ear infections, promote a healthier digestion, and soothe cramps. The reason to this is that it happens to be a natural anti-bacterial, natural expectorant, and a natural anti-inflammatory that all helps to reduce phlegm among other conditions. Considering the fact that it helps with the digestive system, it can help to promote a healthier metabolism and more natural bowel functions.

Mullein is considered a tonic for the entire digestive system.  If you are experiencing upper respiratory and bowel issues, give mullein a try.