Home » Features » Skin Care » What Can Jojoba Oil Do For Ones Skin? 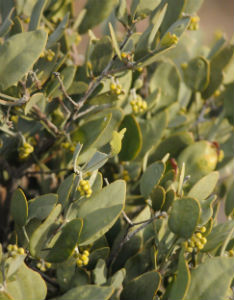 Long ago, people were accustomed to using whale oil as the only effective skin remedy. But after the abolition of whale hunting in 1970s, a bigger problem presented itself, people had no other option, but device another way of finding an alternative solution to skin problems. Later in 1882, Jonathan Heinrich F. Link, a botanist came across a natural herb as he was travelling across the northern peninsula of Baja, Mexico. He was surprised that the herb had maintained its flexibility despite the harsh dry weather conditions that were reigning. Later on, it was discovered that the herb, jojoba contained some wax that proved valuable to humankind in many aspects.

It was discovered that unlike whale oil, jojoba oil contained a chemical similar to that found on human skin and could be easily absorbed in the skin without leaving any remains or traces behind. In addition, the liquid nature of the wax could maintain the skin soft and supple than whale oil. As a result, many people shifted from using whale oil as the only skin remedy and started using jojoba oil for treating skin problems. For the reason, jojoba oil stands out as the most effective natural skin care solution in the market. So what can jojoba oil do for one’s skin?

Jojoba oil is one of the most effective remedies of skin sensitivity. It can cure psoriasis, acne, and eczema. With jojoba oil, people with extreme cases of acne have nothing to worry about, as the wax can retard the production of stubborn acne, especially when used as a pre-treatment for the condition. Due to its moisturizing effect on the skin, jojoba oil can as well be used as an anti-aging skin care product.

Unlike many skin care products, jojoba oil can be used in all weather conditions. For this reason, it is used as a lip balm to treat chapped lips due to extreme cold, heat, or wind.