Home » Features » Cardiovascular Health » What Herbs are Good for Circulation? 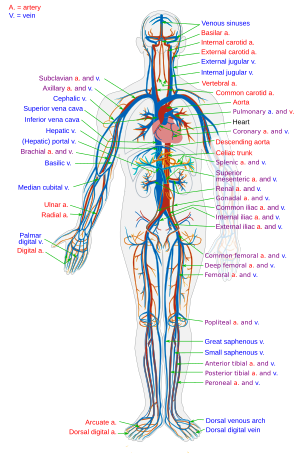 The circulatory system is responsible for the movement of food nutrients, bioactive compounds, and endogenous chemicals throughout the human body. It plays a central role in the distribution of blood and lymph. Hence, it directly impacts the health of almost all types of body tissues. Regular intake of foods that promote good circulation benefits not only the circulatory system but also the entire body.

Physicians and herbalists alike have noted numerous herbs for their effects on circulatory health. The seeds of celery have been utilized since the ancient times to remedy disturbances of the blood. To this day, they remain an important ingredient to many herbal preparations. They are dried, powdered, and made into tea, pills, or tinctures. Celery seed supplements have been the subject of recent studies.

For years, several nutrition experts have suggested that regular consumptions of celery may benefit individuals diagnosed with high blood pressure. Research has shown that compounds and derivatives obtained from celery seed improve circulation in animal subjects. In fact, the seeds of this medicinal herb contribute to overall cardiovascular health as they also appear to lower cholesterol in the blood.

Conker tree or horse chestnut refers to Aesculus hippocastanum, a tree species native to the Balkan Peninsula. It is now widely distributed throughout the temperate zone. It has had a long association with folk medicine practices of Southeast Europe. It remains a popular herbal remedy in Macedonia, Bulgaria, Albania, Serbia, and Greece. It is arguably the most commonly used herb for varicose veins.

Chronic venous insufficiency is a medical condition that describes impairment in the capacity of pumps found within veins to transport blood back to the heart. This often results in swollen veins, varicose veins, and deep vein thrombosis that afflict both men and women. Horse chestnut contains triterpene glycosides and steroid saponins that increases venous tone and alleviates chronic venous insufficiency.

A number of herbaceous shrubs and small trees that belong to the Rose family collectively known as hawthorn in the vernacular have been observed to boost circulatory function. They have caught the attention of the medical community in recent years since preliminary studies yielded promising results in the improvement of blood flow in patients who had suffered from cardiac arrest and heart failure.

Hawthorn is a good source of polyphenolic phytochemicals, oligomeric proanthocyanidins, phenolic acids, and other organic compounds that exert a tonic effect on circulation. Human trials have noted that extracts from this herb exhibit properties that enhance exercise tolerance and lower high blood pressure, suggesting its potential in the prevention of illnesses of the circulatory system.

Celery seed, horse chestnut, and hawthorn herb belong to the group of herbs traditionally used for good circulation that have been investigated using modern scientific methods. In addition to positive anecdotal evidence, research has documented that they produce desirable effects on circulation.