Home » Features » Herbs » What Are The Health Benefits Of The Herb Vitex? 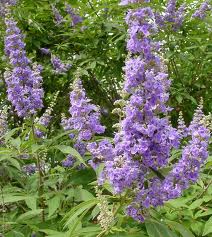 Many people often ask, what are the health benefits of the herb Vitex? To answer them, it is important to first understand what the herb is and a little background about the herb is also necessary. Vitex herb is also known as Chaste berry. The herb is mainly found in Central areas of Asia. It also grows extensively in the region that borders the Mediterranean Sea.

Vitex herb’s components especially its dark brown berries have medicinal values. The herb has over time been popularly known to be used for regulation of hormones. History has it that ancient Greeks, Romans and nuns used the herb to reduce libido levels.

Some of its prominent benefits are outlined below:

Prolactin is known to cause irregularity in menstrual cycles in women in the event that they rise. In the worst case scenarios it even causes the flow of menstruation to stop a condition called Amenorrhea .In a number of times the herb is used to try to bring menstruation to normal conditions in the event that they become irregular or even stop. Professional medical advice however dictates that one with menstrual issues needs to seek evaluation from medical personnel and proper advice be made.

This is a premenstrual syndrome related disorder. Vitex is known to properly treat it according to medical experts, especially y from Pittsburgh Medical Center. The herb suppresses the release of prolactin, secreted by the pituitary glands, a hormone that stimulates the production of milk especially over pregnancy period. The hormone is the causative agent of fibrocystic breast disease in the event that it is released during the wrong time; when lactation period is not happening. 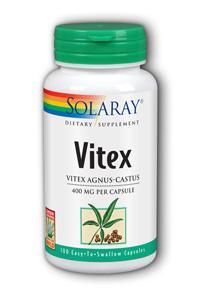 Reduction of symptoms of pms

At least seventy five percent women under menstruation get some types of PMS which has been explained to be caused by high levels of prolactin in blood. That is according to a research conducted by Mayo Clinic. It has been noted that proper use of the herb, Vitex has with success managed to bring down the high levels of prolactin and hence minimize the symptoms of PMS. These symptoms include: Headaches, irritation, tenderness of the breasts and depression.

Breast milk in women is known to be produced during the period of when pregnancy comes to its final stages and after the baby is born. The levels of breast milk in different women vary depending on their body systems .Some of the women are not able to have enough breast milk to sustain their infants. This is most solely because their blood has low levels of prolactin hormone.

Consumption of Vitex controls the hormone production and ultimately the production of breast milk. The women fraternity is therefore repeatedly advised to make consultations from the specialists like the gynecologists, before opting to start using Vitex for whatever curative purposes be it stimulating production of milk or as a galactagogue.