You are here: Home / Features / Brain / What Does Theanine Do For The Brain? 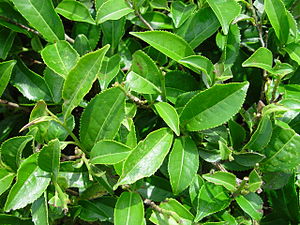 Theanine is an amino acid found in tea leaves, especially green tea (Camellia sinensis). In fact, it is between 1% and 2% of dry tea leaves and made more than 50% of all amino acids tea. It exists only in the form of free amino acid that promotes rapid absorption. Currently, tea is the most widely consumed beverage after water. Therefore, we can say that L-theanine has a long history of use as it is consumed tea for thousands of years by billions of people.

The many benefits of L-theanine:

The effects of Theanine are truly amazing, including:

It reduces stress &amp; anxiety, restoring peace of mind, it promotes mental clarity and relaxation without drowsiness, it improves learning ability, concentration and memory, it improves the ability to fall asleep and sleep quality, it helps to lose weight by reducing dietary behavior related to stress, it reduces the typical symptoms of PMS (and menopause), particularly mood swings and a melodramatic statement, it can reduce the negative effects of caffeine consumption according to current research, it would also have the ability to lower blood pressure, support the immune system, helping children and adults with disabilities with or without hyperactivity attention deficit and help people who want to quit smoking.

What Does Theanine Do For The Brain? Anti-stress benefits

Stress and anxiety are debilitating conditions that can cause loss of wellbeing and mental performance. If beta waves predominate because of stress &amp;anxiety, it becomes increasingly difficult to focus with a clear mind and relaxed. This can result in muscle tension and irritability, two factors that affect the ability to concentrate.

The efficiency at work and at home necessarily suffers. Although stressors are often beyond the control, you can control how to respond. To create a relaxed state of mind and clear, both processes are necessary: the increased production of alpha waves and increase the rate of the neurotransmitters dopamine and serotonin.

L-theanine can effectively stimulate both processes in a relatively short period of time. Thus, when the workload suddenly increases or the list of tasks is growing and seems impossible, L-theanine may facilitate the handling of these responsibilities with calm and serenity.

It is also important to mention that theanine reduces stress and anxiety without the tranquilizing effects of many other calming supplements – essential feature when we must remain vigilant and attentive.

On a related point, eliminating the feeling of anxiety and increasing the capacity of concentration and attention, as measured by increased alpha brain waves, L-Theanine may improve learning ability and memory. Although studies on these two benefits have been conducted on animals, further research will likely include clinical studies soon with humans.

Lack of sleep or poor quality sleep can increase the stress gradually. L-theanine is ideal for people who have difficulty sleeping and feeling tired upon waking. Researchers from the National Institute of Mental Health in Japan found that L-Theanine Suntheanine, taken before bedtime, greatly improved the quality of sleep in their young male patients. This was the first study with humans to show that L-theanine can profoundly improve the quality of sleep of youth.

Data from studies with humans and animals show that L-theanine is safe. According to the test Salmonella / microsome Ames, L-theanine is not mutagenic. In fact, the Japanese government authorized the use of L-theanine as a food additive in 1964. Approval was given for unlimited use in foods, except baby food. In 1994, an Asian manufacturer of confectionery market has a chewing gum containing 25 mg L-Theanine by piece.

Since then, hundreds of products containing theanine have appeared in the Asian market, some of them with rates of up to L-Theanine 300 mg per serving, with no adverse events have been reported.

For centuries, pregnant women or nursing Eastern countries have taken L-theanine in tea they consume without generating any particular problem.

The Benefits of Phosphatidyl Serine to Human Brain Function
Can Ginkgo Biloba Help Improve Memory Power?
The Benefit of Boron for Children's Brain